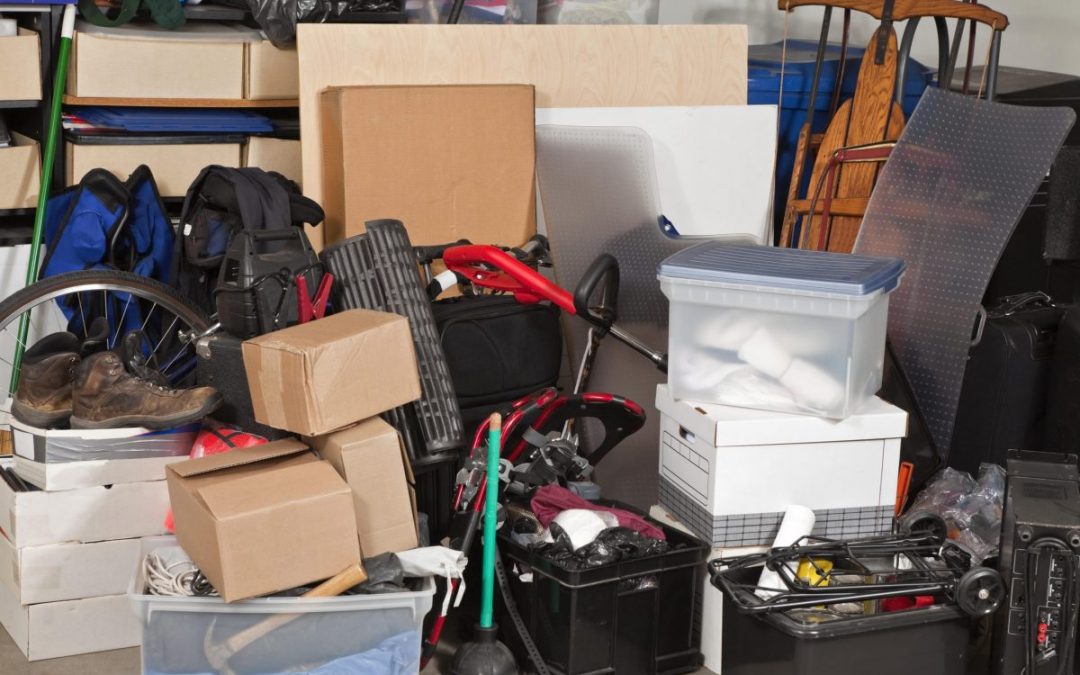 I’ve pretty much always known I needed to “get organized”. I was a messy kid and I’m still a somewhat-messy adult.

Back in 2006, I was still solidly mired in my packrat’s nest of clutter when I stumbled upon a book by a guy named Don Aslett. The book was called “Clutter Be Gone”, and I bought it for two of the top packratty reasons to buy anything – because “it’s on sale, and I might use it someday”. Besides, everybody knows that you don’t actually have to read books – just buying a book imparts all the knowledge in that book to you…right?

$3.99 and a drive home later and the book was added to the top of a pile by the door. I did actually intend to read it – really! But it never happened, and piles do what piles do – grow, shift, and move.

Fast-forward two years, when I’m digging through my front closet (aka “the mini junk room”) looking for something else, and I stumble upon the book.

I literally decluttered the same apartment five times in a row.

The Lessons From That 5-Pass Declutter

Sometimes simplicity is found only after making a long trek through complexity. If you’re trying to simplify your life, there are some things that are in your future – you might as well plan for them now.

You’re probably going to have hard questions. It’s not just “do I need/want this?” It’s “why?” It’s “am I being realistic?” It’s “what choice would (fill in a famous minimalist blogger or two here) make?” And then it’s “why do I care what other people think?” There are dozens of questions, and not all of them have easy answers.

You’re probably going to have downright depressing revelations of how much junk you’ve accumulated. I must’ve handled over 50 standard computer power cords during my decluttering efforts. Not 50 types of power cords (although I could say that too!); 50 of the same type of cord. Each time I encountered one I rationalized that I needed a couple spare power cords, plus one each for any computer I was keeping and/or getting rid of, so into the cord bin it went. It wasn’t until I went to declutter the bin that I discovered just how many spares I had.

You’re probably going to have internal mental wars due to wanting to give your stuff good homes, but also just wanting it out of your space. Wanting to re-home electronics that I was no longer using caused me to save two piles – devices in need of wiring, and wiring in need of devices. It wasn’t until I knew every device was accounted for, and every cord was accounted for that I could safely throw away extras. From an eco perspective this is a good thing, but it added a lot of complexity to the process.

Your spaces will probably never look like those pictures in the magazines. My computer desk, for example, will never be completely clear. It’s the home of the chargers for my phone and headset, a portable hard drive, an external monitor for my laptop, and a few other work-related gadgets. I have, however, purchased appropriate-length cords, connected them so they don’t dangle, and minimized the amount of things that I have to disconnect to take my laptop somewhere.

If you’re starting from a seriously cluttered house, the road to simplicity will make a beeline toward the valley of of complexity.

There will be challenges at first. But as you get further along on your journey, you’ll notice that the questions that used to be hard are easier to answer.

You’ll be less likely to buy a bunch of excess junk, because you can spot it a mile away. A friend of mine put it perfectly one day while shopping for a Christmas gift for her parents. Looking at a bunch of tchotchke-type items on a shelf at a store, she said “there’s just nothing here that I don’t see winding up in a pile for my parents’ next rummage sale”.

You’ll also have space to accumulate some donation piles if you want, and your spaces will be clean and functional for the purposes you have for them.

And if you’re just absolutely stuck, feel free to drop me a line. I offer coaching to help you develop the mindset to move from “cluttered” to “clean”, as well as answering peoples’ questions on this site – so ask away!