Others’ Excess Is Not Your Problem 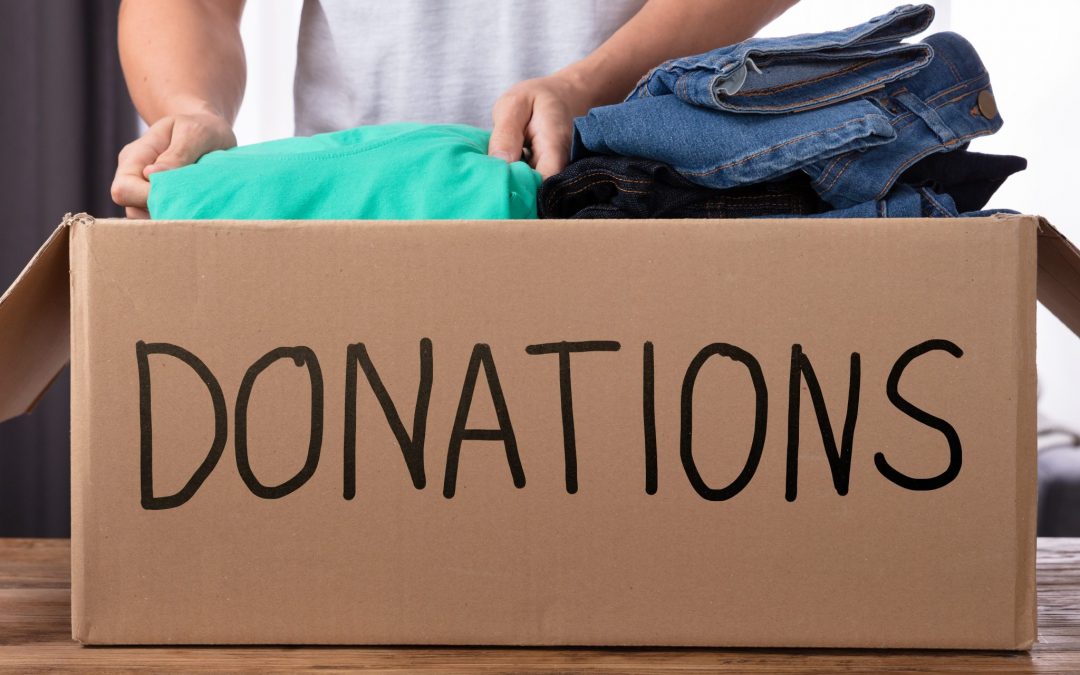 A reader raised a fantastic point a ways back. She has a kid, and she has family members that want to help by offering some clothes so she doesn’t have to spend a bunch of money. This comment speaks perfectly to the desire to be frugal and accept the help, while not becoming overwhelmed in the process. I’ve edited it a bit for length and to highlight the issue:

I just got done sorting clothing from a certain family member. The clothing is SO numerous that I am overwhelmed with what to do with it all. Now I am overwhelmed with figuring out how to ‘tag’ them to the giver because they have NOT given me the uncategorical authority to dispose of them. They want them back. Seriously, what is the emotional attachment to this stuff that people would not just part with it and be done? What to do when a person doesn’t subscribe to the same set of values and mindset that you do?

I’ve invested in Rubbermaid totes to store it all, when I give it back, I’m left with empty totes… Seems so counterproductive, especially when I could get my baby through a summer with $15 worth of new clothes in his tiny dresser in his room. Is it considered NOT frugal to purchase a small amount of what you really want and will be happy with then to have oodles and oodles of stuff that you don’t really like (considering that you can afford it)?

After reading that comment, I think I’d be overwhelmed too if I were in Ellen’s situation.

On the most basic level, being frugal means that things aren’t being wasted. When it comes to clothes, “frugal” usually means that the clothes are being repurposed as much as possible before being thrown away. In the perfect world, clothes would be worn until they were too dirty or otherwise inappropriate to wear, then recycled as rags, stuffing for a pillow, etc.

But even if you want that to be the way the world is, this doesn’t have to mean that you have to wear them until they’re too dirty or otherwise inappropriate to wear. It means that when you’re done with them you pass them on someplace where they can do some good.

When you’re on the receiving end of that “passing on”, you have to evaluate whether the time you spend dealing with the donations is worth it. Ellen mentioned storage bins, sorting, tagging, and a huge amount of time being spent to deal with the hand-me-downs – and that needs to be factored in as a cost.

That storage space, cost for bins, and time spent has to be weighed against the value received. If Ellen has five kids, and would otherwise be spending $200 per year on each kid for clothes, the value of storing the clothes ($1000/year!) could be very high. If she only has one kid though, and that one kid is so young they don’t even really need clothes yet, the value of storing ten bins full of cute baby outfits is incredibly low.

With me so far?

Are You The Recipient Of Inappropriate Generosity?

You don’t have to accept hand-me-downs and such from other people. If you’ve decided that you don’t want them, then just make that clear. If you do want them, but you don’t want the obligations the giver is trying to stick you with, try saying “I appreciate you giving me these clothes. When I’m done with them I’ll make sure they get passed on someplace else where they can do some good.”

That statement, incidentally, embodies the very essence of frugality.

If those terms aren’t acceptable to them, and you can’t come to a reasonable agreement, then don’t let the clothes in your door. Make yourself clear about your feelings, and make no apologies for them. There are better ways to get low-priced or free clothes than accepting onerous obligations.

Ultimately, You Want To Own Your Stuff

Except in rare circumstances (like a prom dress or something super-special), if it doesn’t become “yours” you probably don’t want donations from other people. And in any case, only store clothes that are in good repair, look nice, and that you can see yourself (or other member of your household) wearing. Everything else gets packed and pitched – in a way that maximizes its value to others.

I don’t have children, so I don’t have the problem with clothing – but I have accumulated more than my fair share of other things that people think I need/want. Computer cables, old printers, old computers, and other technology discards all used to find their way to my door on a weekly basis. Now they don’t, because I’ve made it pretty clear that I don’t have the time to do anything with them. I just funnel them to the local Goodwill, who also happens to be an electronics recycling center.

The type of item doesn’t really matter. “Too much” is too much, for everything from marbles to minivans – and the price of the item is only one of many considerations when deciding whether you want it in your life or not.

Do you have any strategies for dealing with unwanted castoffs? Any techniques you’ve found work particularly well?