It’s A Landfill, Not A Compost Bin 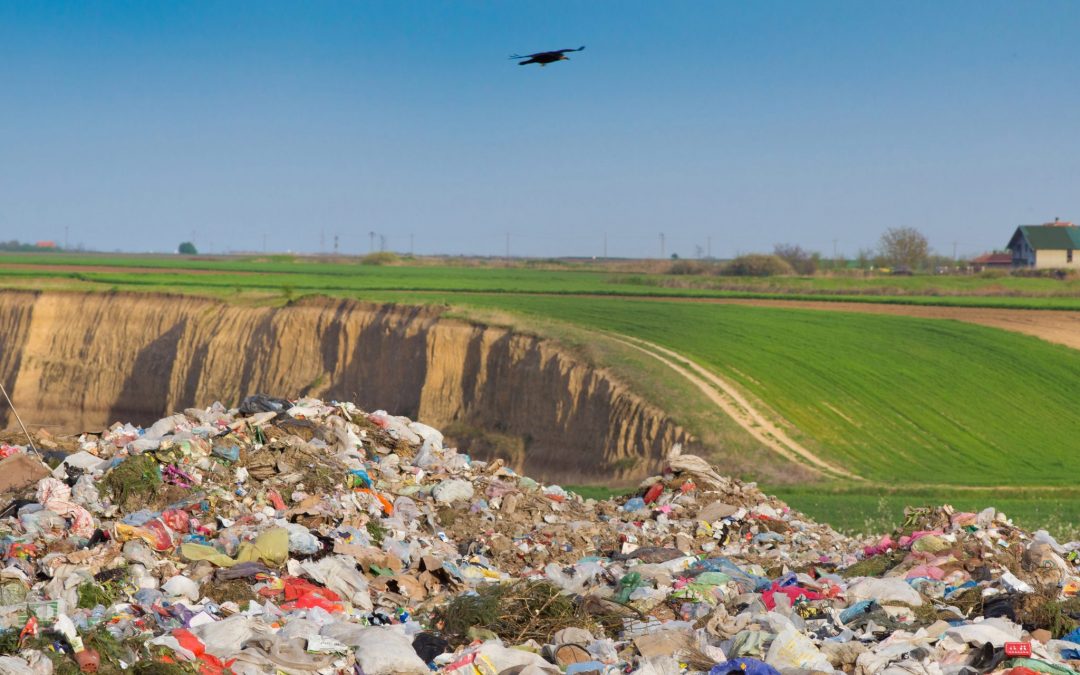 Landfills aren’t particularly glamorous, but understanding how they work is a huge part of living a simpler, decluttered life. Most people have this vision of a landfill as a place where their stuff goes, decomposes, and eventually “returns to the Earth” – and that’s not really the case. Let’s take a look at how they actually work.

When you’re trying to get something to decompose, you need to feed bacteria – and bacteria need certain things to grow:

Garbage in a landfill has nothing but time. PH usually isn’t a problem, and temperature isn’t usually a big deal (unless it’s winter, obviously!). But there are two major components of the chemical process that are either minimal or nonexistent.

Landfills minimize bacterial access to oxygen. Layers of dirt are plowed over layers of garbage, which is good for minimizing odor – but it also denies the aerobic bacteria (“bacteria that need oxygen”) access to oxygen.

Landfills are designed to minimize moisture. Moisture allows chemicals and other nastiness from one level to work its way down (and potentially leak out if there’s a problem), so the operators of landfills have a vested interest in keeping moisture out.

This means that both moisture and oxygen are in incredibly short supply in a landfill, which means that your garbage isn’t going to decompose.

But even if that wasn’t true, the bottom of most landfills is sealed – not open. This ensures that your leftover green bean casserole doesn’t decompose, run over the mercury-laden dust from a busted fluorescent light bulb and return to the ground water.

This means that those paper plates that you’re throwing away might be fully intact for decades. Aluminum cans? Hundreds of years. There’s really no reason to believe that glass bottles will ever break down, but if they do we’re looking at millions of years. There have been cases where people dug up part of a landfill and found 50-year-old newsprint that was still nice and legible.

It’s a land fill. We fill land. And it stays filled.

What most people think of, a place where paper, food, etc. get broken down nicely and returned to the ground, does have a name – it’s called “nature”. Oddly enough, it’s more eco-friendly to throw your newspaper and your leftover sandwich on the ground than it is to throw it into a landfill.

Of course we have laws against doing that, so please don’t! If you want to participate in the “circle of life” regarding your trash, the appropriate tool is something like a compost bin.

I’m Not Really A Hippie, But….

I’m not a hardcore “green” activist, although I have nothing against them. But even from where I sit, sometimes I can’t help but think that the landfill system isn’t sustainable. We’re burying our junk, with no intention of returning it to a useful status. I don’t think it takes a super-environmentalist to realize that if we keep burying things, eventually we’re either going to run out of stuff to bury or places to bury it.

This is, of course, one of the reasons why I encourage people to minimize “churn”, buy reusable/repairable items, buy more durable items when possible, and generally learn to find their happiness apart from their stuff. We can take better care of ourselves, take better care of the planet, and live the clean, decluttered lives we’re searching for – all at the same time!