Death, Life & The Legacy Of Clutter 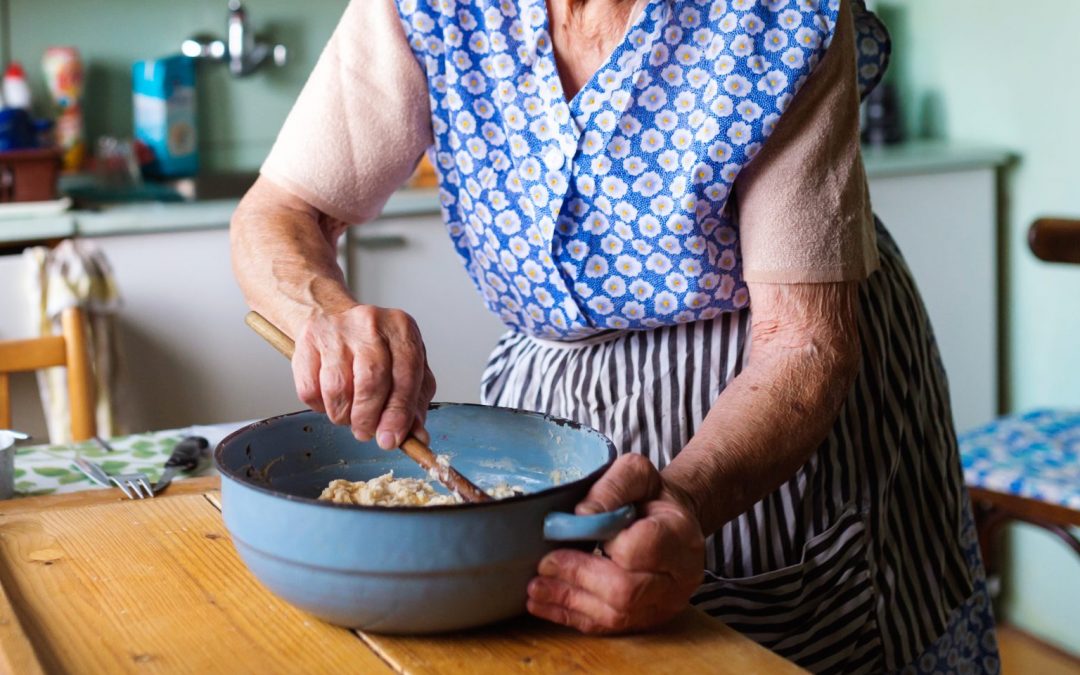 I wrote this originally as a guest post for a site called Minimalism Defined. The author of that blog has since taken their site down, and I don’t want to let this post disappear – so I’m re-posting it here. I think it’s particularly appropriate for Mother’s Day – enjoy!

It’s an accepted fact that everybody is going to die.  Maybe not now, maybe not a week from now, maybe not even ten years from now – but it’s coming eventually.

When that happens, the survivors are left to deal with the “estate”.  If you’ve ever been through this, you know that “estate” is a fancy word for “all the junk”.  This includes debts, cash on hand, vehicles, homes, and all sorts of personal stuff.

Debts, cash, vehicles and homes are relatively simple.  Usually all of those items get converted to a cash equivalent, things get settled up, and any leftover money gets split amongst the heirs.

What gets to be sticky (at lightning speed) is the rest of the stuff.

The rest of this post is about my great-grandmother specifically, although I’d bet that it applies to your family too.

When my great-grandma passed on, she left a house full of stuff. Some of it was useful to others, some of it wasn’t.  Some of it probably had some value as antiques, but most of it didn’t. Plenty of it was junk.

We’re going to talk about the junk for a minute.  There’s a misguided notion that many people have – it goes something along the lines of “I can’t throw away Grandma’s stuff!”

Let me let you in on a little secret: Most of that stuff wasn’t important to Grandma.

Let me clarify.  It was important in the sense of “I need to be able to cook dinner, take a shower, do my hair, and have clothes to wear”.

But in the sense of “If I had to move across the world and I’m being charged by the pound for luggage”, I guarantee you’d be amazed at what proportion of stuff wouldn’t have made the cut.

For example, Grandma had a set of tumblers that she’d bought at the thrift store – I remember when she bought them, because she told me about the good deal she’d gotten on them.

According to her, she’d bought them because they had “good, heavy bases”, so they “were hard to tip over”.  The more Grandma talked, the more clear it became – they were a utilitarian tool to accommodate rambunctious great-grandchildren, nothing more.

But to anybody that didn’t know when she got them, you’d think she had them her whole life.  They were old, granted, but they weren’t “treasures” to her. In fact, I’d wager serious cash that if I’d asked Grandma what to do with those tumblers when she died, she’d say something like “give them to somebody with kids – they’ll thank you!”

She had a number of things that she’d probably have told us to keep (including pictures and a few sentimental trinkets), but the rest? Definitely not “treasure” by her standards.

Here’s the thing – I know full well that great-grandma loved us great-grandkids, even if we didn’t visit as often as we probably should have. I know that she loved her son and his children (of which my mom was the oldest).

Because I know that, I can make a simple statement:

There’s no way in hell she’d insist on us storing her junk for posterity. Grandma would never foist that responsibility on us.

She’d ask everybody what they wanted, do her best to give it to them, and then ask us if one of us with a truck could please drive her and her junk to the thrift store!

If you’re in this situation and you’ve still got doubts, think of it this way – most of grandma’s stuff wasn’t bought to pass on to you – it was bought to support her life.

At the point you’re digging through the estate, it’s no longer needed for that purpose.  The question becomes, does it support your life?

The answer, almost invariably, is “no”.

I know the tangible stuff is what you have right in front of you, and yes – you do have to sort through it.  But “sort through” and “keep for posterity” are two completely different things!

Create A Memorial, Not A Clutter Mountain

Part of the desire to keep Grandma’s stuff is to preserve memories.  So if that’s your goal, how are you going to do it in a way that honors those memories?

Which honors Grandma’s memory more?  A pile of stuff in a storage unit that never sees the light of day, or a small group of her items that you display proudly in your home?

Or maybe you don’t want anything that takes up significant space.  Pictures and letters fit nicely into an existing photo album, and provides future generations with a link to their past.

Everything else?  In order of preference – sell, donate, or junk it.

But keep in mind that the most valuable thing you’ll inherit from your loved one isn’t a physical item at all.

The Most Valuable Thing

I mentioned before that I knew my great-grandmother relatively well.

It’s been a decade or more since she died, and let me tell you something – I can still see that house in my mind.

I can tell you where she kept the flour in the kitchen.

I remember the funny stare I got when I asked her for her bread recipe.  She didn’t have one, not really – she’d been doing it for 60+ years, and she just knew.

I can see her making bread on the counter, and hear her trying to teach a 12-year-old me (unsuccessfully) about how the process worked.

I can tell you the contents of her refrigerator on an average day, and which items she was always “saving for a special occasion”.

I can see her turning leftover mashed potatoes into what she called “hash browns” (which were more “potato patties” than hash browns).

I remember the decks of cards she had, and how fancy I thought a hard plastic case for a deck of cards was.  I remember her teaching me 500 and Schmere when I was about 5 years old.

I remember discovering a crochet hook and a ball of yarn, and her trying to teach me to crochet – even though she didn’t know how to do anything other than chain-stitch.

I remember her hemming my pants when I was a kid because they were always too long.  I remember the sewing machine, the lock on the case, and the incredibly non-ergonomic foot pedal.

I even remember using that same sewing machine later on in life, just playing around with some scrap fabric.

I can tell you how her guest room was set up, and how her room was organized.

I knew where she kept the bottle of holy water for when the priest visited on alternate Sundays, because she couldn’t drive to church.  And I remember what the bottle looked like, because I got it for her sometimes when I was a little kid.

I remember the attic and the musty smell, as well as her being constantly concerned when I went up there due to long nails from a too-cheap roofing job poking through into the low ceiling.

I can envision many of her pots and pans, and I can still see the little tin measuring cup she used for everything.

I can see the free-standing bathtub in my mind, and I remember the weird feeling of the suction-cup bath mat she had in it.

I can almost taste the rhubarb sauce she used to make.

I remember the feel of the sofa, and trying to stay warm under a crocheted afghan in her living room.

I can see her going through her morning and evening routines (complete with those old-school sponge rollers and the hair net).

I remember the old TV we used to watch together.

I remember watching as she fed her “pet” squirrel, that lived in a tree in her front yard.  It would actually come onto the porch when called, looking for food.

I don’t need her stuff – I’ve got her, in my memories.  And that’s the most valuable thing of all.

Something To Dwell Upon

The stuff is an empty shell; Grandma isn’t there.  The only memories the stuff has for you are the ones you bring to it.

So do whatever you can to bring some memories to it!

Seize the opportunity to connect with these people while they’re still with you.  Talk to them, learn from them, get to know them, and develop memories and experiences with them.

The memories, experiences, and knowledge that you’ll gain are worth far more than all of their stuff combined.

I made bread again the other day.  I’ve finally gotten the hang of it now, about twenty-two years after she tried to teach the 12-year-old, incredibly impatient version of me.

More importantly, I’ve been chasing the flavor of Grandma’s bread for a decade or more.  You know what?  I think I’ve finally got it.  And yes, it tastes much better than the “boughten” bread from the store!

Wherever Grandma is right now, I like to think she’d be proud.  Thanks for the memories Grandma!