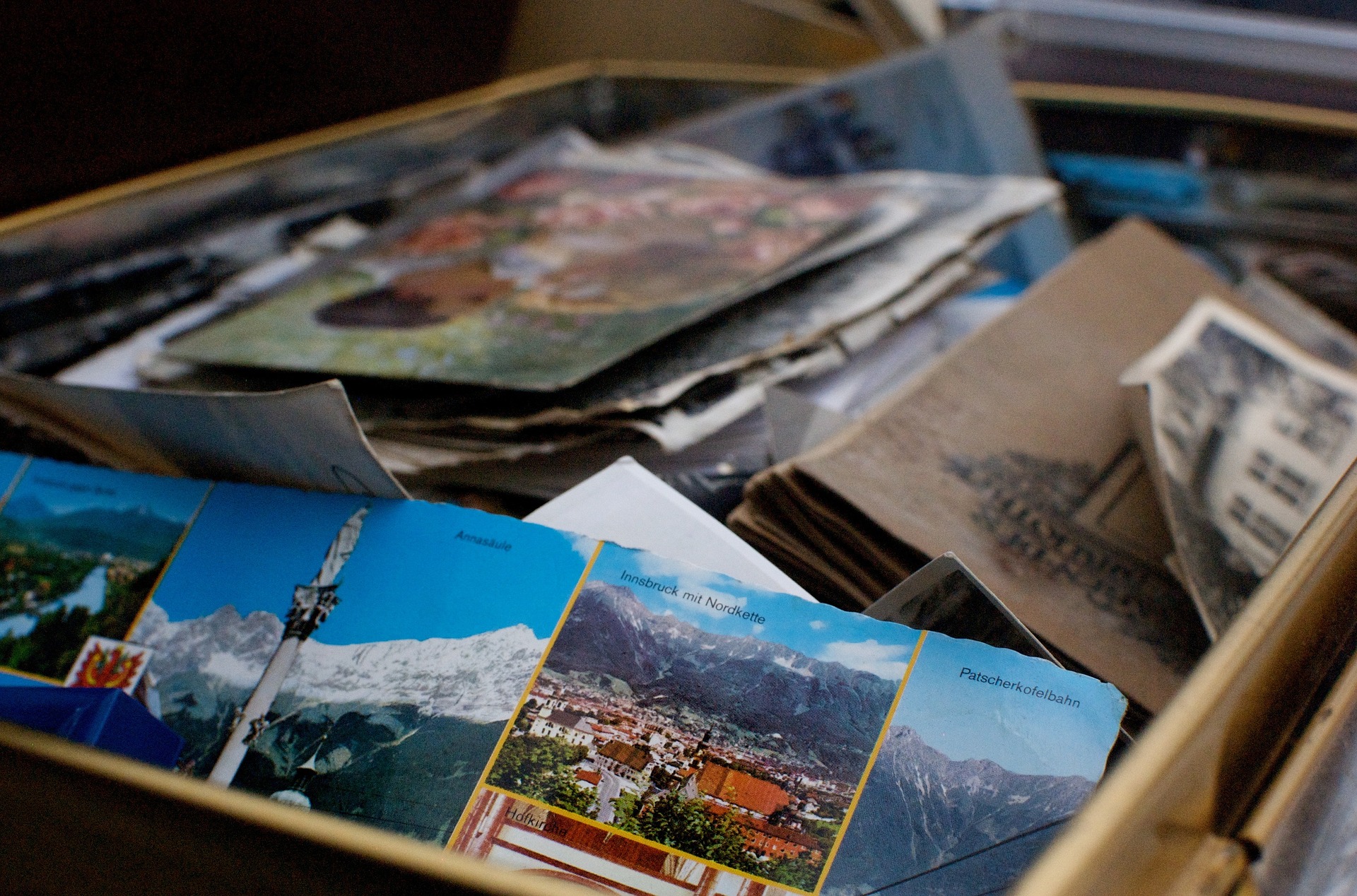 This can be hard, because it’s usually done in the moment when the loss is the most profoundly felt, and when the temptation to hold onto whatever we can is the highest. Unfortunately for those who have any inclination whatsoever to be a clutterbug, this can mean that they’ll try to hold on to not just the memories, but all the physical stuff as well!

I know people with everything from a corner of the garage to a spare room to a huge storage unit full of stuff from a grandparent, a mom, a brother, or another relative that meant a lot to them. And it’s like a giant boat anchor, weighing them down.

In situations like this, I believe that “properly honoring the person’s memory” and “packing your house full of the person’s stuff” are not only unrelated, but almost completely opposite of one another.

3 Things To Think About

When you’re in a situation like this, I think there are three important things to realize.

The stuff isn’t the person. No matter how much of their stuff you hold on to, the person isn’t coming back. It can be a harsh reality, but it’s something we all have to come to grips with sooner or later.

The single best thing you can do, for your own sanity’s sake and for the sake of the other person’s memory, is to find one or two small things that you can hang onto.

The “one thing” might be a box of records and a record player, assuming you’ll actually use them. Or it might be grandma’s cast iron skillet. Or the necklace your aunt always used to wear. Or a religious item, such as a rosary or a Bible.

Whatever it is, it should be something that had personal sigificance, something that you’ll use (or be willing to display prominently), and something that will remind you of the person. For many people, the more tactile the item, the better.

What does this look like in practice? Glad you asked!

A Kid & His Grandpa

I know a guy whose grandpa used to work on a railroad. He spent quite a bit of time with his grandpa, and one of his grandpa’s jobs was walking around the railroad cars and making sure the round tacks on the edges of the seat cushions weren’t coming loose. Grandpa had a little brass tack hammer that he carried around with him in case anything was out of sorts.

The guy later got into model railroading, and when his grandpa died he kept the little hammer. He uses it for building model railroad trains, and every time he holds it he has positive memories of spending time with his grandpa.

It’s not a ton of stuff. It’s almost assuredly not the most valuable thing his grandpa ever owned. But it’s a small object with significance, and it fits into the guy’s daily life.

Which makes it infinitely more valuable than a garage full of stuff!

It’s Not Too Late

Even if you currently have a garage full of stuff from one of your relatives, it’s not too late to salvage the situation. Stuff with associated memories is hard to deal with, but it’s harder in the long term to not deal with it.

This would be a great time to start going through some of those boxes, with an eye toward finding a way to celebrate their life by making it a part of yours, rather than you just being the storer of all their old junk.

Or maybe you’re in a situation like this now, and you’d like some help mentally processing everything? Head on over to the Facebook group and let’s talk about it!